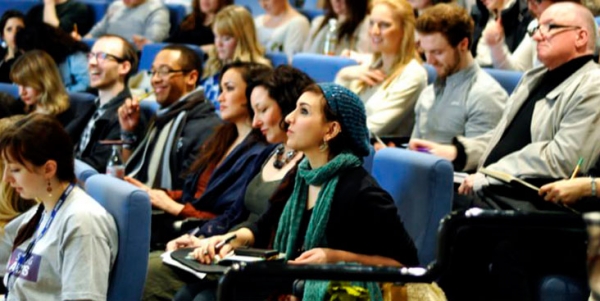 If you are an actor and looking to meet fellow actors, then this might be the event for you.

Surviving Actors was established five years ago and runs a number of conventions for actors throughout the year which focuses on three areas–Develop, Sustain and Create.

The first event kicks off in London on Saturday 8th February, between 10am and 5pm at The Radisson Blu Portman Hotel, London. Not only will it be a great opportunity for actors to network with other actors at different stages of their career, but there will also be the chance to attend workshops, one-to-one sessions and sign up to actor-friendly bread and butter jobs. The event also features seminars led by industry professionals. The list includes:

In addition, an open casting for feature film ‘The Rise of the Krays’ will be held by StarNow at this year’s event. In order to audition you must apply through the StarNow website. Be warned though–places are on a first come, first serve basis. The registration form and further information about the casting can be found here.

Following the London leg, Surviving Actors will then head up to Manchester on Saturday 17th May before going across the pond to hold a US version of the event Actors Pro Expo in New York City.

Surviving Actors was founded by Felicity Jackson. Felicity trained at The Court Theatre Training Company. Her experience includes a UK tour of ‘Vicious Circle’, filming various short films in LA and performing ‘The Railway Children’ at the Edinburgh Fringe Festival. She also appeared on Season Seven of TV series ‘The Apprentice’. She now focuses on the growth and development of Surviving Actors. This includes electing Lianne Robertson as Managing Director. Lianne trained at The School of the Arts in the University of Northampton, and is still an active actor. She is a regular Role Play actor at various medical schools and has recently begun some presenting work.

In her free time Sophia plays the french horn and piano, which is where her love for performing arts first stemmed from. Her top three favourite shows are musicals Mamma Mia, Sound of Music and Phantom of the Opera. She also enjoys going to intimate gigs and festivals, particularly watching acts that are just starting out in their career, and regularly meets up with #LDNTheatreBloggers.
Follow Sophia on Google+